When it comes to mascaras you can always rely on Maybelline to release the latest. I had passed over many of their previous mascaras and as soon as I spotted this on the shelves, I thought 'another one?'. But something stopped me in my tracks, with new gel-mousse formula plastered all over the stand I had to check it out. So into the basket it went, and at a very reasonable £5.99 too. 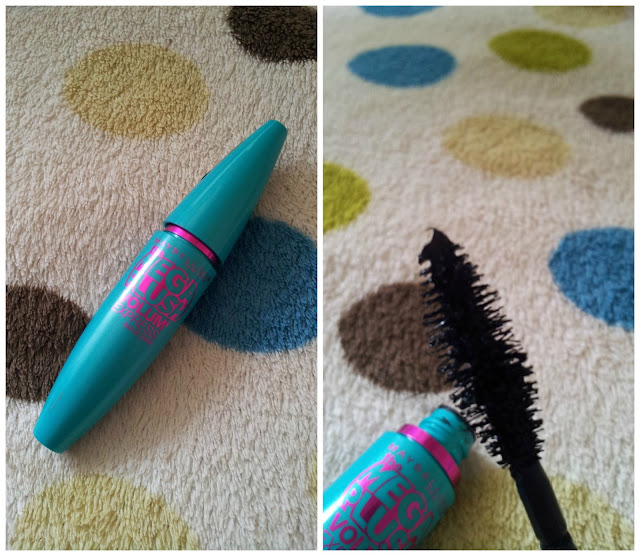 So. What's the verdict? Well I'm a lover of long luscious lashes, and this mascara claims to give you 'Massive & Soft Volume' that's 'Non-brittle' and 'Non-flaky'. I was slightly put off with it having a bendy wand, as I like to have a firm applicator to apply any kind of eye makeup as it's hard enough not to get it all over, but surprisingly this doesn't bother me.
Now onto the brush, well it certainly is one of the larger brushes I've used before which makes it quite hard not to end up with mascara on your brow bone. In my opinion, a bigger the brush, does not always mean bigger lashes. It usually just equals total mascara mess for me, however I've managed to master this brush reasonably well and I'm happy to say, I don't always end up with it all over (but it helps to have an eye makeup remover handy).
This mascara says it will give you 'massive and soft volume' but it didn't give me massive volume, it's a very natural looking mascara so it's probably better for people who are just beginning to wear makeup. The new gel-mousse formula is one I haven't previously tried but I don't believe it made a huge difference to my lashes, but they don't feel as brittle as they would with another mascara. Overall, this mascara hasn't impressed me too much and I probably wont be re-purchasing it, however I am glad I got to try it out.

What do you think of this mascara? Have you tried any other Maybelline mascaras?
Posted by Amy at 08:28 Amy
Hi, I'm Amy. I'm a teenager from the UK and I adore anything to do with makeup/beauty and fashion! I hope you enjoy my blog :)